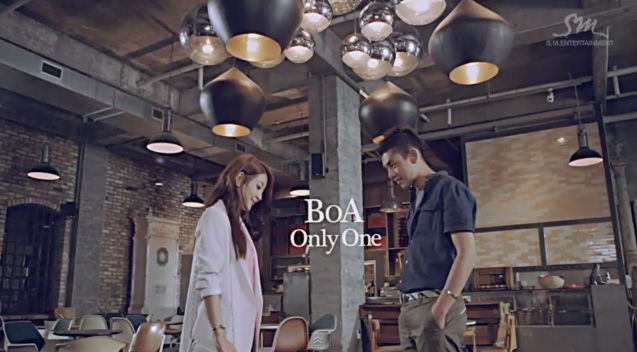 BoA Reveals Drama Ver. MV for “Only One”

After releasing the dance version music video yesterday, BoA‘s drama version of “Only One” was revealed online today.

“Only One” is a soft ballad that shows off BoA’s singing power. The music video features actor Yoo Ah In who plays BoA’s love interest. The video is set in a café and the concept is a complete turnaround compared to her last Korean single, “Hurricane Venus.”

BoA wrote and composed the title track “Only One.” The album is said to contain a more matured musical sensitivity and various types of music.

“Only One”was released online on July 22 with physical copies of the album hitting stores on July 25. This will be BoA’s seventh Korean album, with her last one being released in 2010.