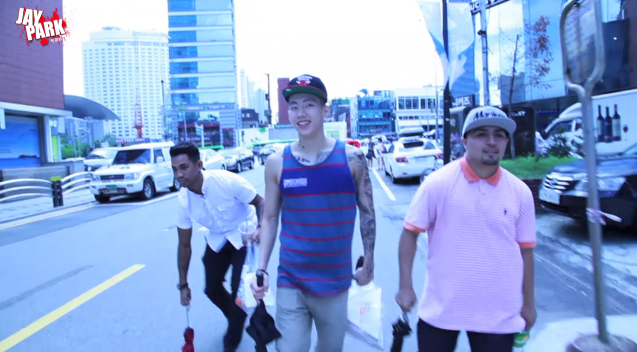 He first announced the creation of the series last week with plans to feature blogs, and webisodes for music videos for new songs, his daily life, being with friends and acting stupid.

In this inaugural episode, we first see Jay and his friends hanging out and getting food. Following that, we see various clips of him shooting a CF for more than seven hours. He shares performance clips from the “2012 R16 World Bboy Masters Champions” along with Doki, AOM  / ILLIONAIRE. The video then ends with them having an impromptu street performance of Michael Jackson‘s “Billy Jean.”

It is nice to see an artist share an up close and personal look to fans. What did you think of the first episode?