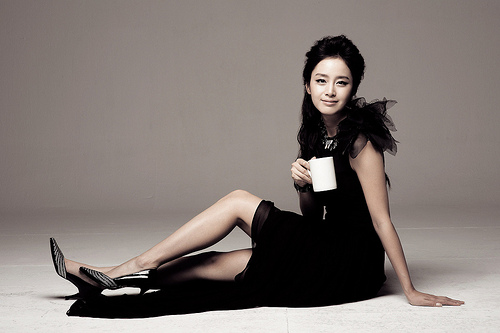 Kim Tae Hee Is in Paris for Business and Pleasure

Kim Tae Hee combines work and play in Paris. According to reports from local news agencies, the actress was spotted in the City of Lights. Reports further said she departed South Korea on July 24 and is expected to stay until the end of the month to shoot an ad campaign for a luxury fashion and jewelry brand.

Although working, Kim Tae Hee’s trip is also partly for a summer vacation, taking advantage of some free time while she is not filming any drama or movie. Kim Tae Hee has not appeared in a drama since early 2011’s “My Princess” on MBC and her first Japanese drama, late 2011’s “Me and My Star’s 99 Days.” In between, the actress has been busy with endorsements and filming CFs.

Meanwhile, rumors have surfaced about the possibility of Kim Tae Hee starring alongside Won Bin in a drama written by scenarist No Hee Kyung. However, both parties are cautious about any confirmation. Representatives from Kim Tae Hee’s management agency said, “We received it as a suggestion, but there is nothing definite. And for the time being, Kim Tae Hee is taking a break.”

Kim Tae Hee
Me and My Star's 99 Days
My Princess
Won Bin
KPLG
How does this article make you feel?