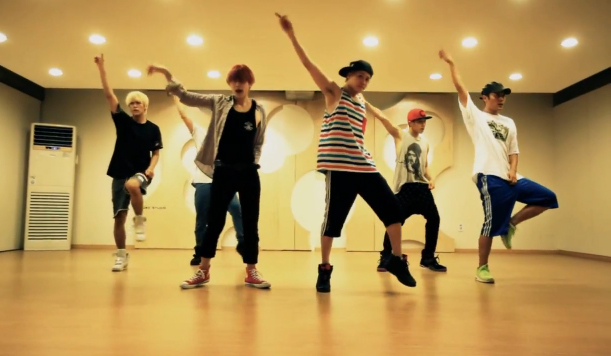 After releasing their full music video for “Beautiful Night“ a few days ago, BEAST‘s dance practice and making of videos have now been released.

“Beautiful Night” was choreographed by Prepix‘s Haw, who had also worked on the choreography for BEAST’s past hits “Breath” and “Shock.” Through this dance practice, we get to see the full choreography before the group makes their first comeback performances this week.

BEAST’s making of video for “Beautiful Night” was also recently revealed. As the music video was shot in New York, they featured a very urban theme.

BTS
BEAST
dance practice
How does this article make you feel?