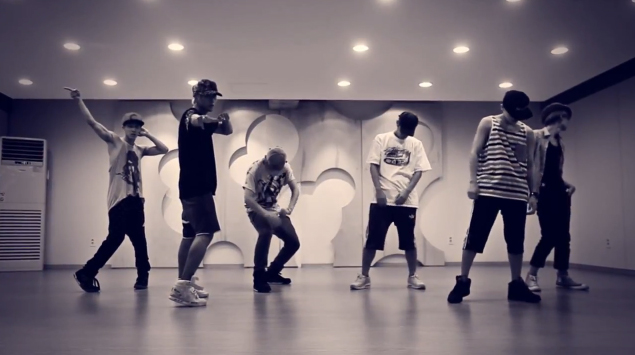 BEAST Releases Dance Practice for “Not Me”

Just like “Beautiful Night,” “Not Me” was also choreographed by Prepix‘s Haw and shows off a smooth hip-hop style. While most of the video is in black and white, color is added in at the end, when Yoseob has his dance solo.

Since they have prepared choreography for the song, BEAST will likely perform “Not Me” as the first song for their special comeback stage this week.

BEAST’s fifth mini album “Midnight Sun” was released on July 24 and features a totally different concept. The group recently talked about their worries about changing to a more free-spirited hip-hop style.

BEAST
dance practice
Prepix Haw
How does this article make you feel?