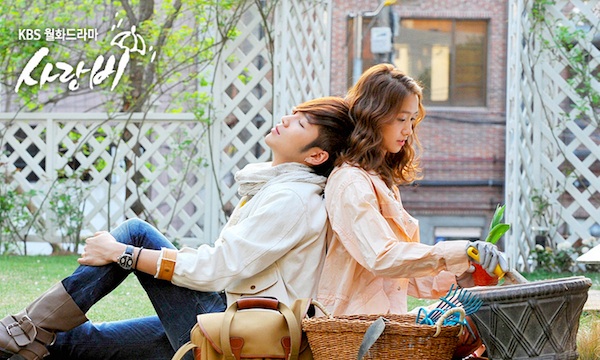 “Love Rain” lead stars Jang Geun Suk and YoonA officially began promotions of their drama in Japan. On July 25, the two actors met members of the Japanese press in a media conference in anticipation of the drama’s premiere on Fuji TV.

Jang Geun Suk and YoonA ushered in an auspicious beginning for the Japan broadcast of “Love Rain” with approximately 130 press personnel attending the news conference, including representatives from major media outlets across the country.

Prior to the media launch, Jang Geun Suk had already been generating attention in Japan by successfully holding the two-night Yokohama Arena leg of his “2012 Asia Tour – The CRI Show 2.”

According to reports in local news agencies, the reunion between the “Love Rain” couple was warm and pleasant. Reports further said that they displayed good rapport, and kept up conversation and laughter to create a light atmosphere in the press conference.

The romantic drama had already first made its way to Japan through cable channel KNTV in May. “Love Rain,” directed by Yoon Suk Ho, had already made waves then, and is expected to create renewed interest in old-fashioned romantic melodramas.