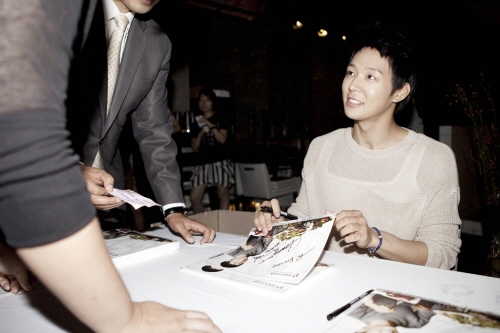 Recently, JYJ‘s Park Yoochun held a fan autograph event at the restaurant Blacksmith. The event was held on July 26! Nearly 150 fans had waited in front of the restaurant 2 days in advance in order to get a chance to see their favorite star.

JYJ’s agency stated, “There were so many fans that came to see Park Yoochun that the restaurant was frozen. Even the police needed provide assistance. There were fans from Japan and Germany. Also, the age of the fans was diverse.”

Park Yoochun said of the event, “I was very happy to meet fans after such a long time. I am thankful that so many came to the event despite the very hot weather. I received a lot of positive energy.”

JYJ
KPLG
Park Yoochun
Blacksmith
How does this article make you feel?