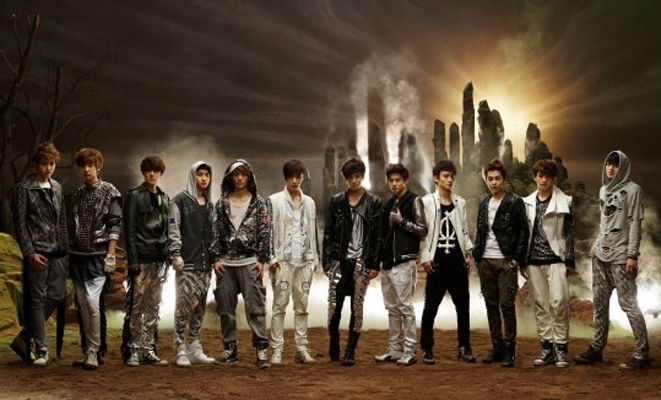 EXO-K and EXO-M to Promote in Thailand

According to an announcement made by SM Entertainment, EXO-K and EXO-M will promote together in Thailand as one. The group is set to leave for Thailand on July 26 and on the following day will be met with full schedule. During their visit the group will make radio and TV appearances, do interviews with the media, meet fans, and even put on a showcase.

EXO-K and EXO-M made their official debut at the same time, releasing the Korean and Chinese title tracks simultaneously in both countries. Back in April, it was revealed that sales of their first mini-album, “MAMA” soared. Within a month the rookie group managed to sell over 100,000 copies which is normally unheard of for a newly debuted group.

“In Thailand both EXO-K and EXO-M’s debut album ‘MAMA’ had received positive response from Thai fans. Also EXO had received love calls from the media in Thailand. All of these reasons have led us to have a promotion. It will be a meaningful time for both the groups and the Thai fans who appreciate their music.”

The EXO members commented, “It is our first visit to Thailand, so we are both excited as well as nervous. We will do our best and work hard to have EXO’s music be well-known in Thailand.”

EXO-K
EXO-M
Thailand
showcase
promotion
overseas
How does this article make you feel?