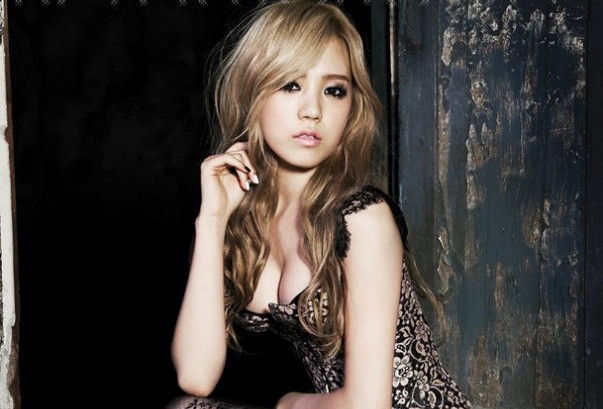 After School’s LIzzy is Confident in Her Body

After School‘s Lizzy appeared on the most recent episode of SBS “Strong Heart” and talked about how her body has been underappreciated and underestimated within After School. She revealed a picture of herself from After School’s newly released album “Flashback.” The picture shows Lizzy in a corset-like sexy lingerie.

Lizzy said, “Everyone thinks my body is not that impressive compared to Uee or Nana. But one of the stylists, who doesn’t compliment anyone really, told me I have the best body among all After School members. Especially my butt. I have a million dollar butt.” Fellow After School member Jung Ah responded, “That stylist told me the same thing. Lizzy is still young, so she’s got baby fat. I’m different, I’ve lost my baby fat long time ago and I still look good.” Jung Ah’s comment made everyone in the cast and audience burst out into laughter.

Netizens commented on Lizzy’s body, “I never realized that Lizzy had such pretty breasts,” “It was a moment of rediscovery of Lizzy’s awesome body,” and “I feel like all After School members look like professional models.”