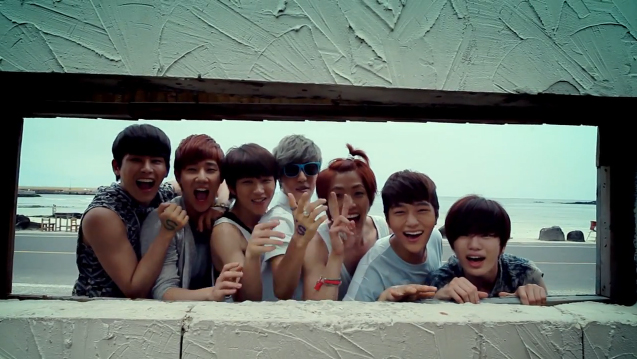 Ahead of their release of their third Japanese single, Infinite has released the full music video for “She’s Back” today.

Just like the original Korean version which was released in 2010, the music video has a fun summer feeling to it. While they are singing in a clear green field throughout the video, they boys are also seen swimming, playing with mini boats, biking, surfing and more.

The single for “She’s Back” will be released next month on August 28. This will be the second time the group will be promoting in Japan this year as they released their second Japanese single “Be Mine” in April.

The group completed their Korean promotions of “The Chaser” from their third mini album “INFINITIZE” earlier this month.

INFINITE
Japanese Promotions
How does this article make you feel?