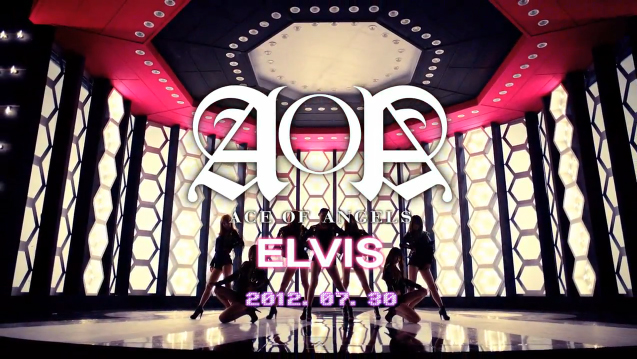 The eight members of this group are Seolhyun, Choa, Hyejeong, Chanmi, Yuna, Mina, Jimin, and Youkyung. In the new “Elvis” teaser, 5 members are seen in the band group while seven are seen dancing during scenes with choreography. The drummer Youkyung, is also noticeably not in the choreography scenes.

AOA will release their debut single on July 30. They will also hold their debut showcase that same day at Gwangjang-dong, Seoul.

Over the past few days, teaser images of each of the members along with short descriptions have been released. Meet the members on the next page!

Seol Hyun, ”The Angel of Sincerity” is the “brain among the angels.” Born in 1995, Seol Hyun is most recognized as Lee Hongki’s love interest in FT Island’s music video “Severely.”

Choa has a heavenly voice.

Hyejeon, who is the most beautiful.

Chanmi, who loves to dance.

Yuna, who loves to play the glasses filled with water.

Mina, who plays the harp.

Jimin, the lute player and leader of the seven angels.
–

Half Angel Youkyung.
AOA
KPLG
FNC Music
Ace of Angels
How does this article make you feel?