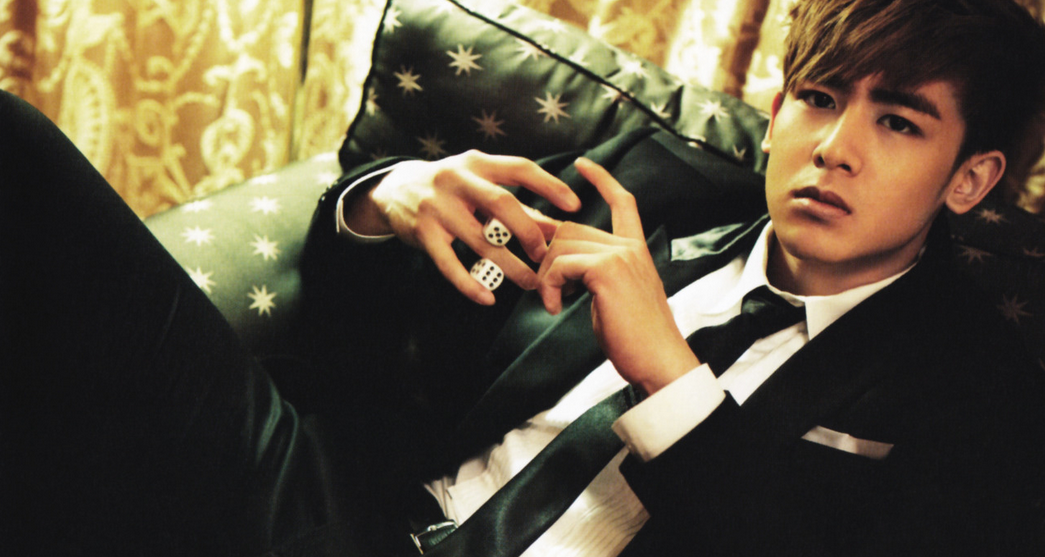 After being swept up in controversy with his DUI accident, 2PM’s Nichkhun has left a heartfelt apology on his twitter and announced through JYP Entertainment that he will take some time off to reflect on his actions. Recently, Nichkhun’s family came together to show their support for him.

On July 26, Nichkhun’s older brother Nichan tweeted, “What I would do to cheer u up bro,” and attached a photo. As shown in the photo, Nichan and Nichkhun’s two younger sisters tried to cheer up their brother with their goofy expressions. They also stuck encouraging messages on their eyebrows, which read, “Nichkhun,” “Fighting,” and “Love you.”

However, the slightly comical expressions of the siblings seemed to overshadow the supportive message in the public’s eye, and many took the picture to be insensitive towards the situation and the motorcyclist who is recuperating from the fall. Unfortunately, many netizens raised eyebrows at their comical expressions, stating that the picture was insensitive to the serious situation and recovering motorcyclist.

On July 24 at 2:30AM KST, Nichkhun was involved in a car accident in Gangnam. He had been under the influence of alcohol when he crashed into a motorcycle on his way to the dorm following a company dinner. His BAC measured at 0.056%, and his license has been suspended. Following the news, the singer had been removed from online ads for his Caribbean Bay endorsement deal. Japanese television NHK announced on its official homepage that 2PM’s show “Learning Korean through Television” would be suspended indefinitely. It is also unclear whether Nichkhun will be part of the JYP Nation Concert this coming August 4 at Seoul’s Olympic Gymnastics Stadium.

2PM
Nichkhun
JYP Entertainment
KPLG
Nichan
How does this article make you feel?