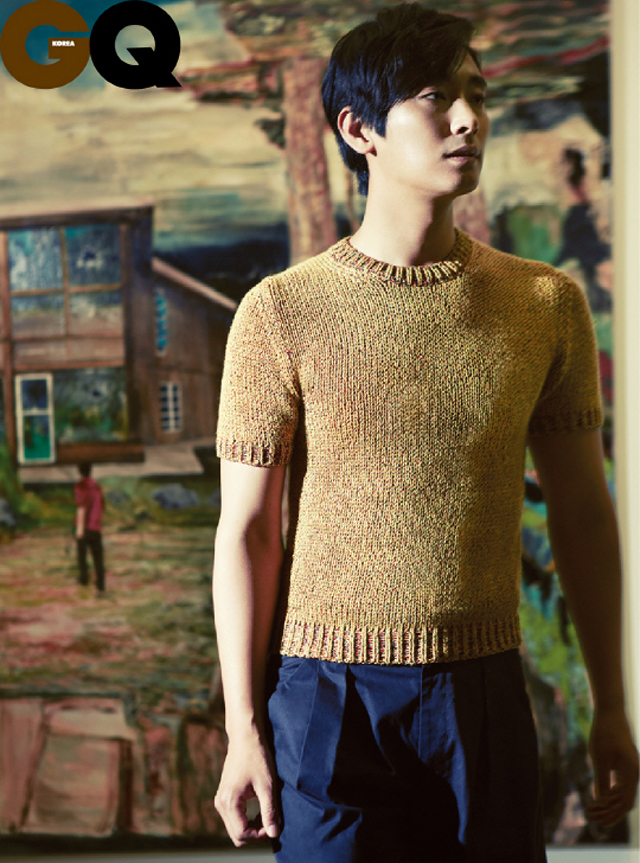 Joo Ji Hoon is getting ready to return to acting! Several months after being discharged from the military, the actor is about to work on his first two projects, a film and a drama.

To promote his new sageuk film, “I am the King,” and the drama, “Five Fingers,” Joo recently had a spread for Harper’s Bazaar and GQ Magazine.

Both spreads feature Joo in a relaxed manner. He is donning very casual clothes. The overall look gives off an alluring side of Joo Ji Hoon.

Joo Ji Hoon’s claim to fame was the K-drama, “Goong,” with Yoon Eun Hye in 2006. His last project before going on a hiatus was in 2009 with the film, “The Naked Kitchen.” In the same year, he was arrested for drug use and given a probationary period. During his break, Joo quietly entered the military in February, 2010.

“I am the King” is set to hit the silver screen this coming August. “Five Fingers” will begin airing on SBS after “A Gentleman’s Dignity” ends its run. Starring with Joo in the drama are Chae Shi Ra, Ji Chang Wook, and T-ara’s Eunjung.

Are you excited for Joo Ji Hoo’s comeback? Let us know in the comments!

Joo Ji Hoon
Five Fingers
How does this article make you feel?