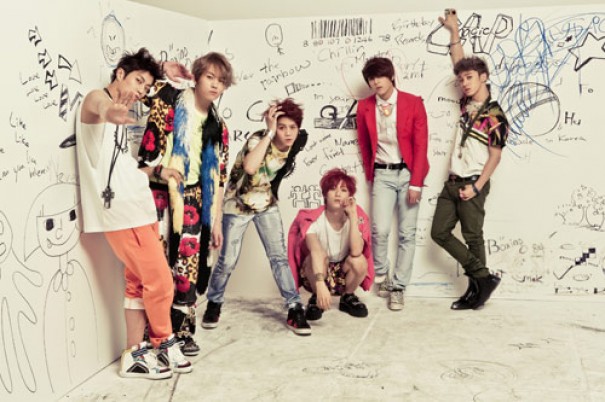 BEAST Performs Guerilla Come Back Stage in front of Gwanghwamoon

On July 26 at 11pm, BEAST made a come back through SBS “Inkigayo“s guerilla stage in front of Gwanghwamoon. BEAST’s agency Cube Entertainment announced, “We were able to announce BEAST’s guerilla stage 12 hours prior to the performance. Despite the extreme heat wave, many excited fans gathered in front of Gwanghwamoon since 11am and formed a long line that reached approximately 900m in length.”

“Inkigayo” and Cube estimated the gathered crowd to be around 4,000 people. In this crowd, one could easily spot foreign fans from North and South America, Southeastern Asia, and Europe who visited Korea during their summer vacation. BEAST thanked the fans who waited for them to appear on the stage and said, “Let’s play wildly tonight!” BEAST performed “Beautiful Night,” “It’s Not Me,” and “Beautiful” during this mini-guerilla concert celebrating their come back. This special late-night guerilla stage of BEAST will be broadcasted through SBS “Inkigayo” on July 29.

BEAST
Cube Entertainment
Inkigayo
Beautiful
beautiful night
It's Not Me
How does this article make you feel?