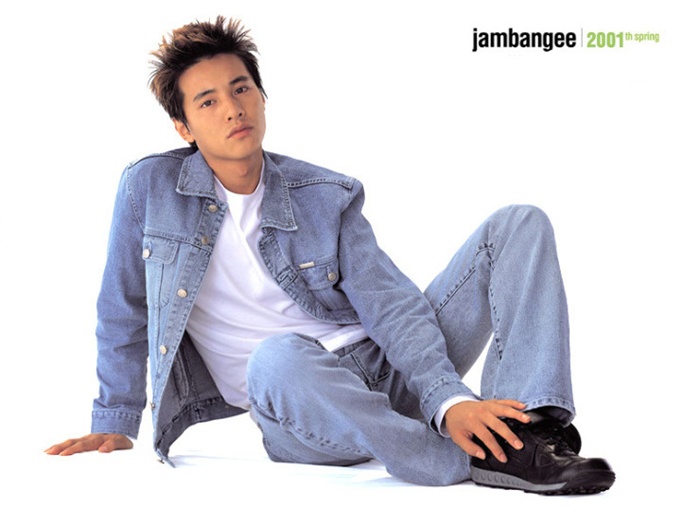 Recently on an online community forum, several pictures of Won Bin were posted with the title, “You don’t like denim on denim fashion?” The post shows a collection of Won Bin’s pictures from a denim brand catalogue from the past. In every single picture, Won Bin is wearing full-blown denim and denim outfits, from James Dean style denim jacket and jeans to denim overalls matched with a denim shirt.

The netizen who made the initial post was making a point about a common notion that underestimates denim on denim fashion as outdated and tacky. Even though the revealed catalog photos of Won Bin sporting all-denim fashion are from a decade ago, he manages to make it look stylish and modern.

Netizens commented on Won Bin’s denim on denim fashion, “Won Bin can pull off anything,” “Denim on denim doesn’t look so tacky anymore,” “These pictures are from a long time ago and yet, Won Bin still looks good,” and “You must have Won Bin’s face to pull off something like that. Good looks complete pretty much any fashion style.”