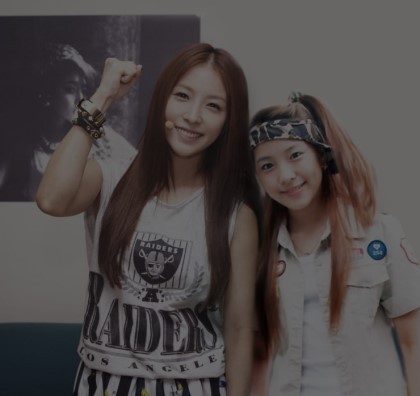 A photo shopped picture of the current BoA with her younger self has been revealed.

On July 26, BoA posted on her Twitter, “Wow~ This seems a bit jjang (awesome) ^^,” and retweeted a tweet from a fan. The fan uploaded a photo of the old BoA and the young BoA that she had photo shopped herself. This photo is particularly drawing attention because the fact that it has been photoshopped isn’t noticeable.

In the photo, the two BoA’s have their heads leaning inward and are smiling at the camera. The young BoA who had baby fat has developed into a mature 26-year-old woman.

Netizens commented, “This is so cute,” “Wow, this is cool,” “The big BoA and little BoA are both pretty and lovable,” “This photo seems like it’s the best,” and more.

Meanwhile, BoA recently made her Korean comeback with her self-composed title song “Only One.”

BoA
photoshop
twitter
Only One
How does this article make you feel?