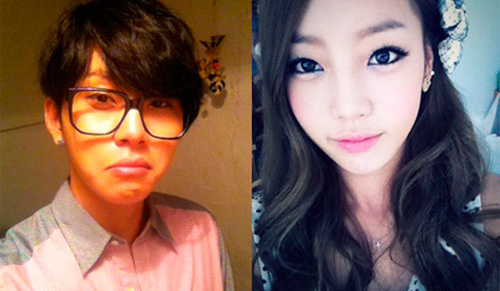 Goo Hara and Boyfriend Yong Junhyung Freeze Up on Stage Together

Kara’s Goo Hara and BEAST’s Yong Jun Hyung shared the stage on Inkigayo but the cute couple completely froze up! BEAST had the chance to do an interview before their comeback stage on the SBS “Inkigayo” broadcast on July 29.

Goo Hara who is an MC on “Inkigayo” asked about the new album concept and song. Then she stated, “I would like to see your performance soon.” All the members of BEAST were very upbeat but Yong Jun Hyun looked very nervous and he froze up. He couldn’t even stare at Goo Hara.

Back on June 28, 2011 a picture of Goo Hara and Yong Jung Hyung dating was caught by the news source Dispatch. Subsequently the two stars admitted that they were in a relationship.

Netizens that came across the news stated, “It seems like he is very nervous because they are meeting on stage,” “They are such a cute couple,” and “The MC’s should’ve made fun of the two.”

BEAST
Goo Hara
KARA
Yong Junhyung
How does this article make you feel?