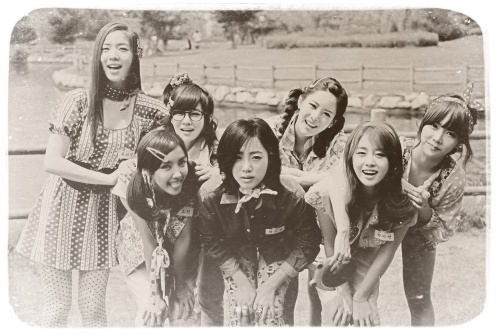 The biggest news of the day was T-ara’s announcement of releasing Hwayoung from the group.

On July 30, Kim Kwang Soo, CEO of Core Contents Media, said in a statement that Hwayoung would be leaving the group due to her “disturbing behavior,” based on the opinions of 19 staff members. Hwayoung refuted by tweeting, “Facts without the truth,” and fans have reacted furiously to her departure, as more than 6,300 fans dropped out of the official fan club.

But this is not the first time T-ara made headlines with controversial issues. Since their debut in 2009, ironically T-ara has been involved in more controversial issues than other top idol groups. We don’t have the exact data to prove it, but it seems like T-ara somehow managed to get their names out more frequently than other idol stars.

Here we have 7 of the most controversial issues that involved T-ara members in the past. We hope the Hwayoung issue gets settled soon, and the girls find peace amidst all the media hoopla going around!

(Scroll through the list by clicking the blue arrow at the bottom right of the top image!)

On January 29, during T-ara’s live performance of “Lovey Dovey” on SBS “Inkigayo,” Hwayoung’s outfit accidently slipped and her breast was made clearly visible for the whole stage. Although no one knows how it all happened, there were some ridiculous claims that it was a “noise marketing” ploy set up by Core Contents Media’s Kim Kwang Soo, in order to make Hwayoung’s name known to the casual fans – in fact, Hwayoung became one of the more recognized idol stars after the incident.

Jiyeon Gets Naked in Front of Her Webcam?

Jiyeon was the victim of an unfound allegation that accused her of getting naked in front of the webcam, during an online chat session. The video, allegedly taken during her middle school years, show striking resemblance to Jiyeon, including the mole on her right arm, but T-ara denied all rumors and took legal action to defend her.

On January 3, Boram tweeted a mysterious message saying, “More so than the feeling that I am going to explode. I hate the heavy and depressing feeling. A little, no wait, I am very sad. The fact that I am taking medicine so that I don’t have to hold in the tears on my own and also not be sick, also makes me sad.”

The message brought instant attention from many concerned fans, but the following day, Boram explained the situation and wrote, “It wasn’t anything serious. The medicine I talked about was just regular collagen drinks. But people got really concerned when I said ‘medicine.’” She also said the “heavy and depressing feeling” she mentioned in the tweet was just meant to be “one of those incidents we all experience” and “nothing serious.”

Back in February, T-ara flew to Paris for KBS “Music Bank in Paris.” During the press conference, T-ara had a short photo time with reporters, where Eunjung reportedly said, “arigato” (thank you in Japanese). So Yeon added, “Arigato gozaimasu” (also thank you in Japanese), which added fuel to the whole controversy since fans were expecting greetings in French, English, or Korean.

CCM later addressed the issue saying, “The criticism surrounding T-ara’s greeting in Japanese is a misunderstanding. First of all, they did not say anything in Japanese. Eunjung was trying to say ‘Let’s meet again’ in French, ‘a bientot.’ However, So Yeon heard it as ‘arigato.’ ‘Arigato’ is a familar phrase in Japanese, so she said the more formal ‘arigato gozaimasu.’”

In May, T-ara revealed plans to add their youngest and newest member, Dani. She is currently 14-years old and has lived in the U.S. since she was 4 years old. Fans took issue with her young age, asking why T-ara is adding someone nearly 10 years younger than most of the other group members. Dani hasn’t made her official debut yet, but she is set to replace Hwayoung now, so it should be fun how things change in the future.

In December 2010, T-ara performed in sleeveless shirts for a special KBS music show. The outfit would have been normal had it been a regular summer day – but it was late December, and the weather was freezing cold, recording -15 Celsius in Seoul. The more puzzling response came when Eunjung tweeted, “Sleeveless shirt, fishnet stockings…We’d like to apologize to the fans that might have been surprised by us.”

This perhaps is more about the Japanese netizens, but nonetheless, T-ara and Jiyeon was at the center of the controversy. Basically, Japanese netizens called Jiyeon “barbaric” for the way she ate ramen off the lid of the pot in the commercial. It caused a huge online clash between Japanese and Korean netizens, and although Jiyeon is at no fault for this, it’s strange how she found her way to yet another controversial topic!