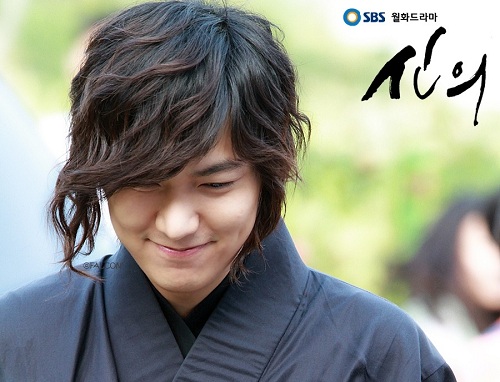 A series of eye-catching photos of Lee Min Ho at the London Olympics surfaced online. The pictures were uploaded to the upcoming SBS drama series “Faith’s” official website. Of course the images were a parody but the photos appeared to be believable. They were posted to help promote Lee Min Ho’s latest drama “Faith.”

In the photoshopped pictures, Lee Min Ho participated in soccer, swimming, athletics, boxing, shooting, horseback riding, and archery. In total he competed in a whopping twelve events. There was even a photo of him in fencing attire similar to what he would be wearing in the drama “Faith.”

The funny part is that the photos shown aren’t the product of photo manipulation. An agency official explained, “The photos were actual pictures or screen captures taken of Lee Min Ho. The soccer image, reminiscent of Korean soccer star Ki Sung Yueng, is from ‘Boys Over Flowers’ and the other pictures are either from ‘City Hunter’ or ‘Mackerel Run.’”

It appeared that Lee Min Ho did well in most of the events except for canoeing due to his poor temper as Gu Jun Pyo in “Boys Over Flowers.”

Fans who saw the parody responded positively to the images, “I had no idea Lee Min Ho was in so many events,” “I thought he saw gold as stone, so what’s with the gold medal,” “He looks great as an athlete,” and “I couldn’t help but smile and laugh when I saw these.”

Lee Min Ho’s own “Olympics” will begin at the conclusion of the London Olympics on August 13. That is when he will make his appearance in the historical drama “Faith.” With this drama he hopes to bring his record up to four consecutive home runs.

“As a Korean I am extremely proud of our athletes at the London Olympics. As an actor I will work hard to earn a gold medal in viewership ratings,” Lee Min Ho said.