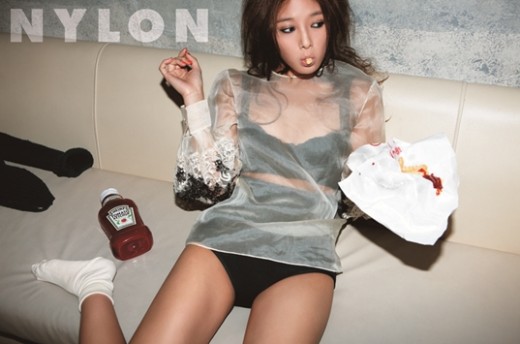 Wonder Girls’ Yoobin is an Animal?!

Wonder Girls’ Yoobin shared a photo of her in an animal mask.

On July 31, Yoobin wrote on her Twitter, “I’m an Animal.” Alongside the message, she shared a photo wearing a black leather mask, with black and white feathers hanging on the sides. The design of the mask is pretty, but a bit intimidating at the same time, making fans wonder where it came from.

Initial speculation leads to Yoobin wearing the mask for JYP Entertainment’s upcoming JYP Family Concert. But some are wondering if Yoobin’s about to make her musical debut soon, as the mask seems more like a Broadway musical outfit.

Netizens commented, “Is this a spoiler for her new performance?” “She’s going to wear that mask at JYP Nation’s concert,” and “I think she’s just playing around.”

Meanwhile, JYP Entertainment will hold its own family concert, JYP Nation, on August 4. The concert to be held in Seoul will feature some of the top JYP artists, including Park Jin Young, Wonder Girls, miss A, 2PM, San-E, Joo, and JJ Project.