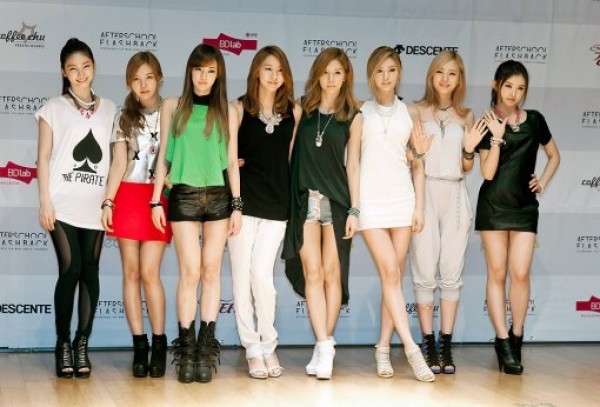 After School’s Busy Japanese Schedule Ahead

After School recently finished up their promotion cycle of “Flashback” in Korea and now will be heading to Japan soon to work on various actives. On September 1, After School will be featured in “Tokyo Girls Collection in Nagoya 2012.” At this time, After School’s unit group Orange Caramel will make an unofficial debut at the event.

Nana, a member of both After School and Orange Caramel, will be having even busier schedule as she is currently appearing on tvTokyo’s fashion information program “Tokyo Brand New Girls.” She will be making an appearance at “A-Nation Music Week Collection supported by Girls Award” on August 5 and 8 as a fashion model, too. Moreover, After School became the first idol group to endorse global accessories brand Samantha Thavasa and garnered much attention from the fashion industry.

Meanwhile, Orange Caramel will be making an appearance on the same stage with Japan’s most popular girl group AKB48 on August 10 at “A-Nation Music Week Asia Progress f.”