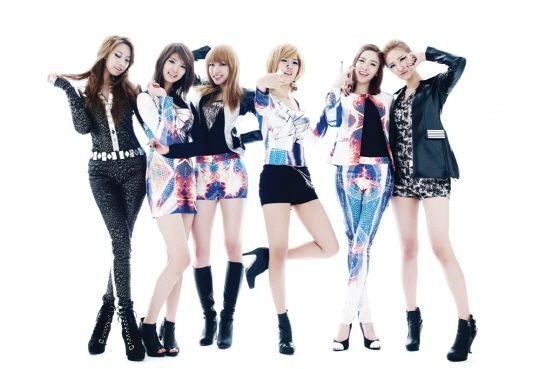 Agency officials announced that the group was preparing for their comeback in August. Music fans can expect the group to be made up of five members with a whole new flair. Along with the announcement, the agency revealed photos of their two new members Solji and Hyerin.

Solji will be taking the responsibility as the group’s main vocalist. Her potential is great as she has experience since originally debuting with group 2NB. Also in the past she showed off her sense of humor and her flair for variety with her imitations of others.

Hyerin will also contribute to the group’s vocals. The competition was tough but she was able to beat them out with her powerful vocals and outstanding dance skills earning her place in the group.

The intention of EXID’s upcoming mini album is to display their mature sound and musicality along with a more sophisticated appearance.

A representative for AB Entertainment stated, “We would like to take this opportunity to first thank the fans for their continued support and interest in EXID and their comeback. They are a girl group hand-picked by well-known producer Shinsadong Tiger, who has created many hit songs for popular idol groups in the past, so you can expect to see EXID’s talent and potential in their latest album.”

EXID is scheduled to wrap-up filming for their music video on July 31. The group intends on making their comeback sometime in mid-August.