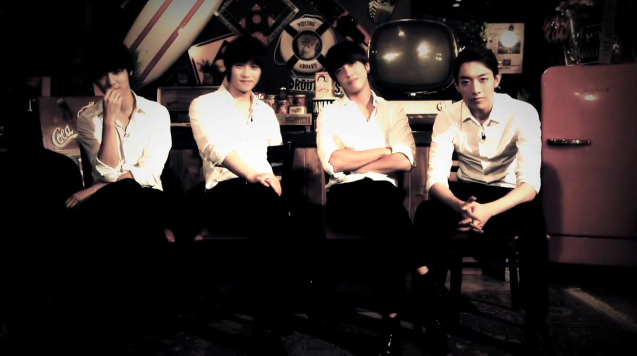 After being announced as the newest endorser for American restaurant food chain T.G.I. Friday’s last week, CN Blue has released a music video for their brand song today.

In this two and a half-minute music video, the members are seen eating and working at a T.G.I Friday’s restaurant. The members take turns as bartenders and show their drink making skills.

CN Blue shot the CF last month on June 25 and showed off four different concepts for the endorsement – romantic, tough, cute and chic to capture the hearts of customers.

In other news, CN Blue’s third Japanese single “Come On” will be released on August 1st.

endorsement
KPLG
Cn Blue
How does this article make you feel?