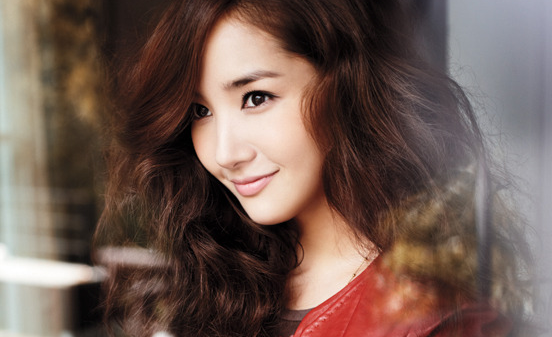 Actress Park Min Young showed off her beauty despite her messy hairstyle. On July 31, she tweeted, “Getting my hair done for what could be Young Rae’s last~ Our pretty and kind Yini unni, cutie Seulgi, innocent Jung Mi, and ‘Dr. Jin’s’ beauty team kiss kiss,” and attached a photo of herself with a small pout.

As shown in the photo, Park Min Young was in the middle of getting into her Joseon character Hong Young Rae in the photo. The boxes behind the actress were labeled “actress gisaeng,” “ribbon materials,” and more, displaying various supplies related to the period piece costumes. “With “Dr. Jin” in the final stages of the drama, it appears that the actress was expressing her gratitude to the drama’s support team.

Netizens commented, “She looks great in any hairstyle,” “Park Min Young has a glow,” “I can’t believe ‘Dr. Jin’ is already ending,” “She’s so kind,” and more.

Based on a Japanese manga, “Dr. Jin” is a fantasy-medical-sageuk that tells the story about Jin Hyuk (Song Seung Heon), a cold-hearted, talented neurosurgeon who travels back in time to the Joseon Dynasty where he performs neurosurgery using only the primitive tools from the era. While stuck in the past, he meets a nobleman’s daughter who bears a striking resemblance to the girl he loves in 2012. “Dr. Jin” airs every Saturday and Sunday nights at 9:55PM KST on MBC.

Park Min Young
Dr. Jin
KPLG
How does this article make you feel?