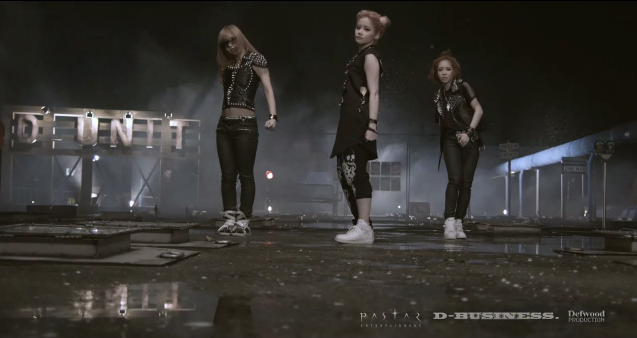 Managed by D-Business Entertainment, their group members are RAM (Jeon Wooram), Ujin (Jung Yoojin) and ZIN (Kwak Sujin). It was previously reported that RAM is the younger sister T-ara’s Boram. Ujin is a former trainee at YG while ZIN is the maknae and main vocalist.

Instead of starting out slow and releasing a single or mini album to test their popularity, the group released a full album for their debut. Their album “Welcome To Business” was released today, August 2 in Korea, and contains nine tracks.

In addition to the music video being released, a dance version was also revealed.

Boram
D-unit
RAM
Ujin
Zin
How does this article make you feel?