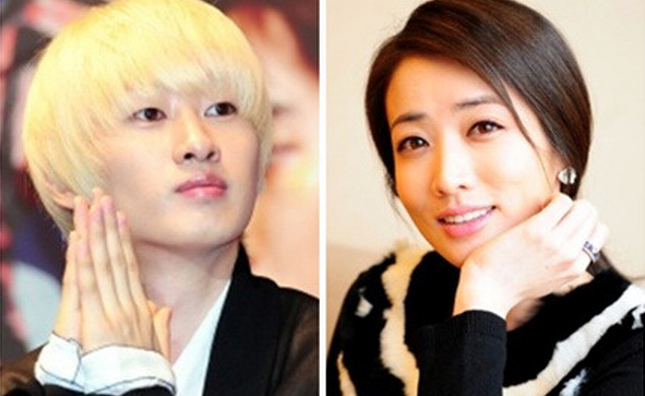 Who said what?! K-Pop stars often say the most surprising and funniest things!

From Hwayoung and Eunjung, to Core Contents Media’s Kim Kwang Soo and even After School’s Kahi, we saw a lot of controversial comments related to the T-ara/Hwayoung debacle this week. There were also impressive quotes by Super Junior’s Eunhyuk and SISTAR’s Bora, so make sure you check it out!

“Honestly, I had concerns because Ki Kwang is the only sexy member from BEAST. But I think this transformation suits us well. The members’ personalities don’t match with being serious, so I think this song suits us well…The results may not be as good as the past, but I think it’s going to be hundred times better than our past songs.” – BEAST’s Yoon Doo Joon talks about the group’s changed look for their new song “Beautiful Night.”

“I can eat or go to the bathroom whenever I want now haha… I couldn’t eat or go to the bathroom on my own wearing that outfit. It showed my full bodyline so I couldn’t freely eat as much either. Also, because I had to wear correction undergarment, it was so suffocating and I couldn’t digest food.” – NS Yoon-G talks about the “freedom” she’s enjoying now with her new single “I Got You.” She wore tight, revealing outfits that covered her whole body for her previous single, “The Reason I Became a Witch.”

“Thank you so much…and I’m sorry.” – T-ara’s Eunjung opens up for the first time since the Hwayoung controversy. She left this message on July 30 on her official fan café.

“Only if Hwayoung realizes her faults and genuinely reflects on herself, then I’ll talk with our staff and T-ara members about her return to the group. I’m saying this again, but it’ll only happen if Hwayoung sincerely looks back at her actions and promises not to repeat the same mistakes.” – Core Contents Media’s Kim Kwang Soo talks about the possibility of Hwayoung rejoining T-ara.

“Truth without facts…” – Hwayoung’s first tweet after getting the boot from T-ara and Core Contents Media.

“Miss Choi Jung Won. If you have time, I would love to grab dinner with you.” – Super Junior’s Eunhyuk surprises everyone by calling Choi Jung Won his ideal type. He added, “I had several chances to meet Choi Jung Won, who is my ideal type. In the past, I had left a message on Choi Jung Won’s fan café, and her manager contacted me, saying they should eat together. However, I was a rookie artist at the time, and our manager politely refused.”

“To my fans, I apologize for letting you down after all the love you’ve shown me. Please stop now and look forward to my more mature and improved self in the future. I’m sorry for making you worry. I also want to apologize to my Core Contents Media family. I’ll meet you all with a better image next time.” – Hwayoung left a message on her Twitter that seemed like any other statement. But netizens uncovered the hidden message in her tweet. Apparently, the first letters in each line formed a message, which reads, “Only fans know.”

“Words cannot even describe how amazing this video is…” – U.S. rapper T-Pain shows his admiration for Psy’s MV “Gangnam Style.”

“Anyways…ha. It doesn’t look like somebody else’s problem..” – Ex-After School member Kahi tweets a mysterious message that Korean media suspected as a jab at the T-ara/Hwayoung controversy.