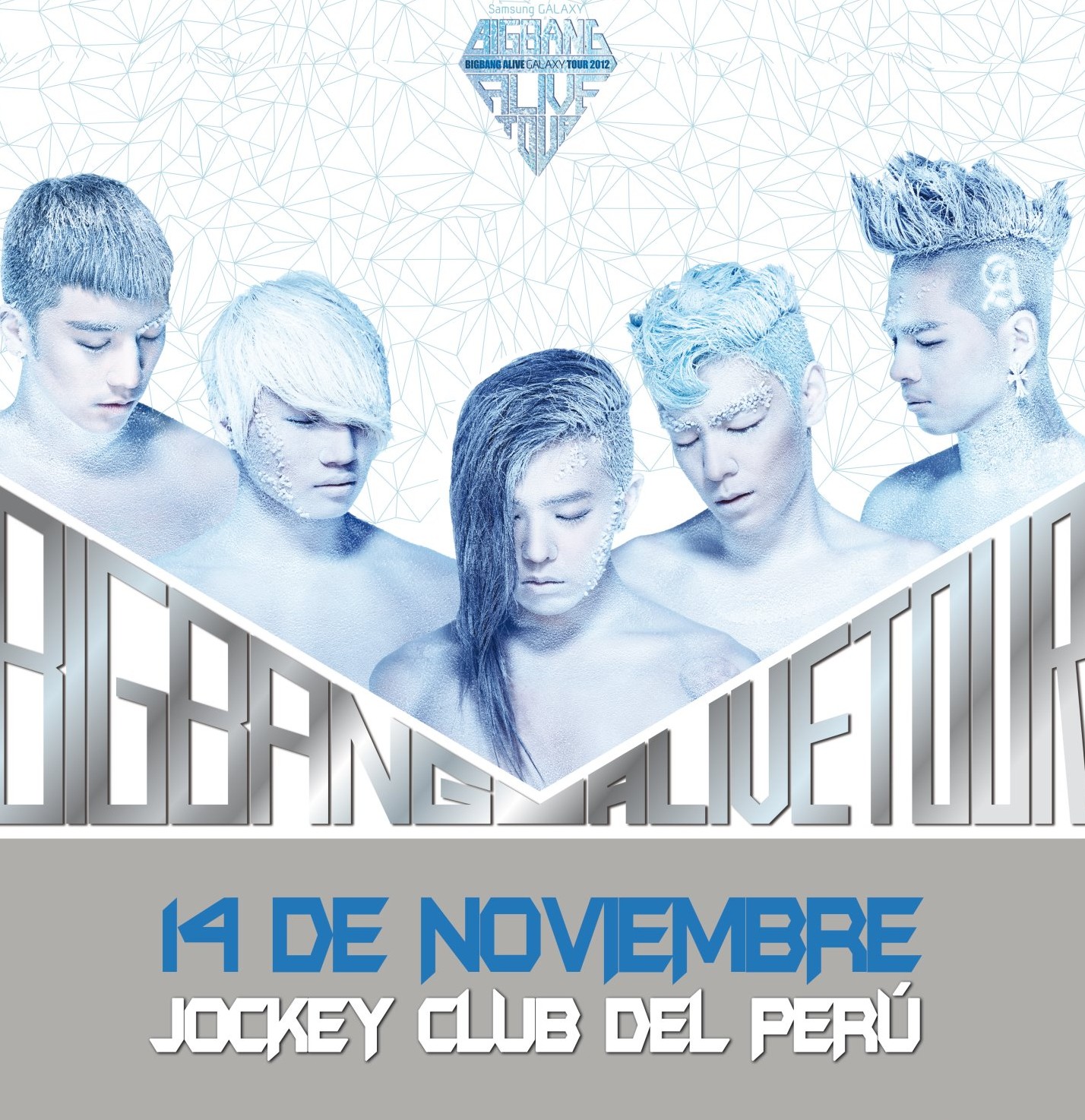 Since the announcement of not one but two concerts in Latin America, fans from the lucky countries (Peru and Brazil) have been waiting eagerly for the tour dates, tickets sale dates and prices.

It was just about last week when Big Bang finally confirmed the tour date for their concert in Peru, which will be held this November 14, at the Jockey Club of Peru. Ticket sales started this week on August 1.

This gathered attention from fans not just from Peru but also from other countries such as Chile, Argentina, Venezuela, Colombia and even Panama. Since the official announcement was made, fans started gathering since Sunday outside the official selling stores. There was an endless line of fans who even slept outside the stores in order to get their tickets.

Once the stores opened to the public in the morning of August 1, the agency stated they sold 5,000 tickets in 40 minutes. Most of them for the “Kandavu section”, which is right in front of the stage, and also they said they had to expand the section with just 200 additional tickets. Three hours later, the sales went up to 7,000 tickets with the “Kandavu Section” almost sold out.

The concert was originally planned with an attendance of 9,000 fans, but if the demand keeps increasing, it might be possible to even expand it a little bit further. This is one of the most awaited K-Pop concerts in Latin America so far, right along with JYJ‘s. Excited VIPs cannot wait any longer and hope for November to come fast!

And here, in Soompi.com, we will bring you all the details! So make sure to stay tuned to us for more updates!

Big Bang Alive Tour 2012
How does this article make you feel?