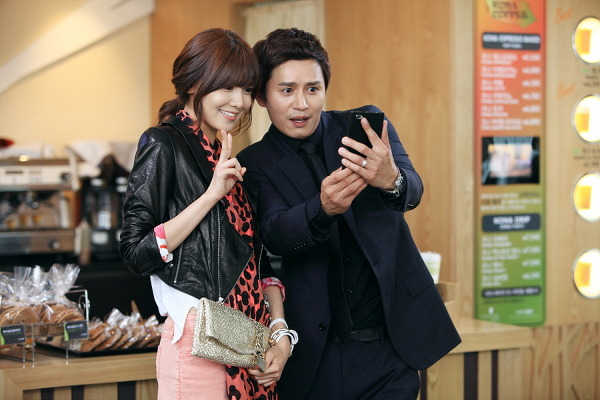 On the most recent episode of SBS “Good Morning,” Kim Min Jong talked about hierarchy within SM Entertainment. When asked about his rank in the agency, Kim Min Jong answered, “Kangta and BoA are second and third in command. I’m going to guess that I come after the two of them.” He added, “I got Yoon Da Hoon below me. Lee Jae Ryong is at the bottom, he’s the maknae.”

Kim Min Jong also talked about how other artists and actors at SM Entertainment treat him differently after “A Gentleman’s Dignity” became so popular. He explained, “There was nothing special about the way people greeted me before. They usually just said, ‘I’m really enjoying your show, keep up the good work.’ Now, they make a scene whenever possible. Recently, we had a group photoshoot with everyone at SME. Some junior actors were impersonating my character from ‘A Gentleman’s Dignity,’ saying ‘Let go of that hand! Let go! I’m Choi Yoon!’ It made me feel so great!”