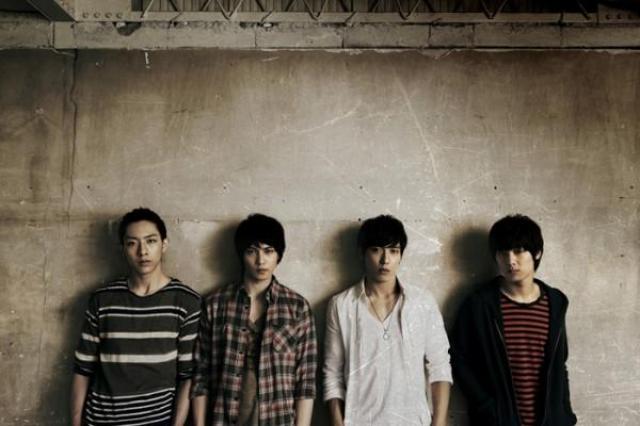 With CN Blue releasing a new album in Japan at the end of the month, the music video for “Time Is Over” has been revealed.

“Code Name Blue” is their third Japanese album, but will be their first album while under a major label. Set for release on August 29, it will contain 13 tracks. Their previous singles “In My Head,” “Where You Are” and “Come On” will also be included.

The group will tour Japan in October and will visit six cities to perform nine shows.

Previously, CN Blue released their music video for “Come On,” which was recently released as their third Japanese single.

Recently the group released their promotional music video and single for T.G.I. Fridays.

Cn Blue
Japanese Promotions
How does this article make you feel?