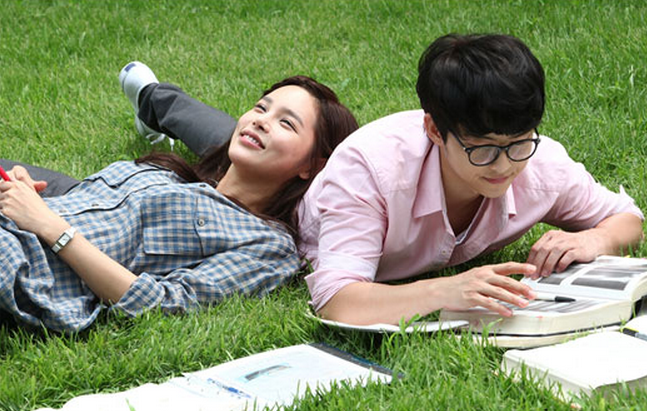 Upcoming drama “Nice Guy” released romantic couple stills of Song Joong Ki and Park Shi Yeon. In the series, Song Joong Ki plays Kang Maru, who sacrifices everything for Park Shi Yeon’s Han Jae Hee. However, she ends up leaving him to escape poverty, and he transforms into a “bad guy” as he seeks revenge on the woman he once loved.

The released stills are from the couple’s happier days. The two make a gorgeous campus couple, lying on the grass as they enjoy each other’s company while studying.

“Nice Guy” is a classic melodrama involving betrayal, revenge, and romance. The story is about a guy (Song Joong Ki) who gave everything up for the woman (Park Shi Yeon) he loves only to be betrayed by her. To get revenge on his ex-girlfriend, he uses a girl (Moon Chae Won) with amnesia.

“Nice Guy” will replace “Bridal Mask” on KBS in September.