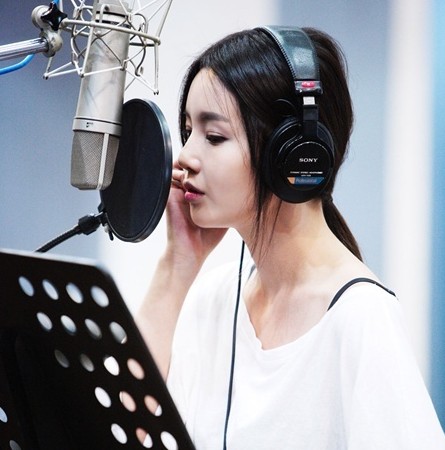 The multi-talented Nam Gyuri is both acting and singing an OST for the new KBS2 drama “Haeundae Lovers.”

The first episode of this new Monday-Tuesday drama was broadcasted on August 6. Nam Gyuri is playing the role of Yoon Sae Na and the title of the OST is “Haeundae Lovers OST Part 1.” Nam Gyuri has also participated in the production of the song “Haeundae Lovers” which was originally produced by Minuki. The sweet voice of Nam Gyuri blends very well with the soft melody of the song.

“Haeundae Lovers OST Part 1″ was revealed on August 7 through several music websites. The song has the same vibe as “Haeundae Lovers” and the same happy tune as LED Apple‘s OST for the drama, “Smile Again.”

The drama tells the story of a prosecutor Lee Tae Sung (played by Kim Kang Woo) who falls in love with the daughter of a notorious gangster Go So Ra (played by Jo Yeo Jung). Nam Gyuri plays the role of Lee Tae Sung’s fiancée Yoon Sae Na, who is a very quiet woman. She is unhappy that Lee Tae Sung is a workaholic. However, she does not show that she has a problem with it.