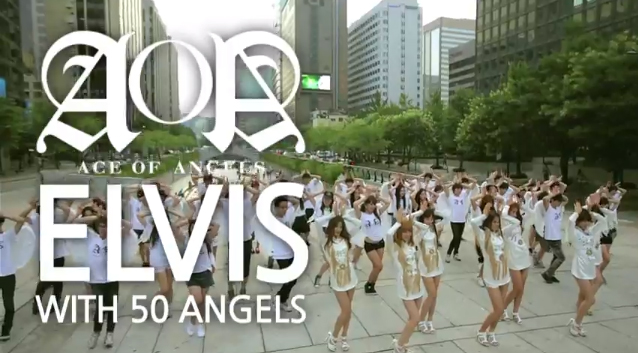 With AOA (Ace of Angels) kicking off promotions for their debut song “Elvis,” they have released a video featuring their recent flash mob events.

Held at various locations, the many participants are wearing white shirts and angel wings. The AOA members later appear from the back of the group and join the “50 angel” flashmob on the dance.

Both their debut single and music video were released last week. Managed by FNC Music, the eight members of this group are Seolhyun, Choa, Hyejeong, Chanmi, Yuna, Mina, Jimin, and Y(Youkyung).

AOA
Flashmob
How does this article make you feel?