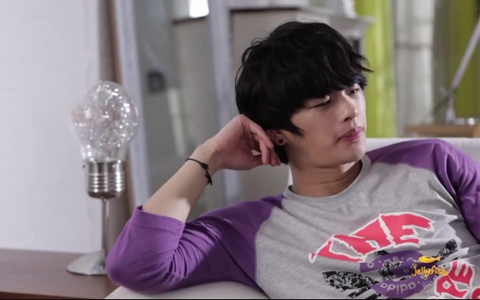 Singer and actor Seo In Guk unveiled a photo of himself with VIXX’s N. A torrent of compliments regarding the duo’s innocent looks flew in when fans saw the photo. The two appeared to be related to each other.

Seo In Guk updated his Twitter with the following post, “N! You came back to see me? Tell me do we look-alike?” With that he revealed the following picture.

In the photo Seo In Guk and N posed side by side backstage. Both gave a friendly smile for a camera. They were seen wearing their microphones. The resemblance was uncanny as they attracted much attention because they looked exactly like brothers.

Netizens who saw the photos commented, “Wow, the resemblance of brothers is amazing.” “You both have your microphones on too hahaha,” and “You both make my heart melt!”

Meanwhile, N and VIXX are ready to make their comeback with the song “Rock Your Body” on August 14. So far teasers for the track’s music video have been released. The group will also have a showcase open to 300 lucky people near Hongik University in Seoul.

Seo In Guk and N appear in the musical “Gwanghwamun Love Song.”

What are your thoughts on the photo? Do you think they look-alike?