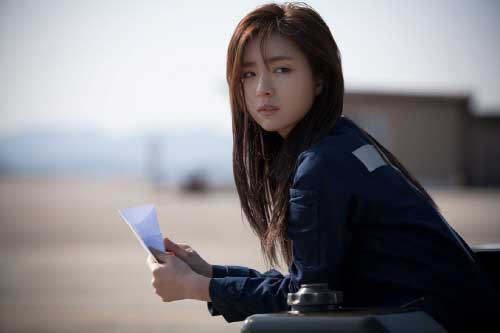 Actress Shin Se Kyung spoke about the jinx where all her co-stars die.

On the most recent episode of tvN’s “Taxi,” Shin Se Kyung said, “Jang Hyuk and and Yoo Ah In, who were both co-stars of mine, died.” When asked, “Are they all dying because you like them?”, Shin answered, “All of this was against my will,” and brought laughter to the scene.

Last month on July 27 on her way to the Jisan Rock Festival, Shin Se Kyung had come across “Taxi” and spoke about the background story of filming “R2B: Return to Base” with Rain, aka Jung Ji Hoon. Shin had said, “Because much of the filming took place at an army airfield, outside food wasn’t allowed. So Rain bought me patbingsu (sweeteend red bean shaved-iced desert) from the PX (army store).” Also, “After Jung Ji Hoon enlisted, I wrote a letter to him. He also wrote me a reply.”

On this episode, Shin Se Kyung also revealed that her favorite part of her body is her belly button. She also showed her easy-going personality by saying that she liked pig rinds and intestines.

Jung Ji-Hoon
Rain
Shin Se Kyung
Taxi
R2B
Return to Base
How does this article make you feel?