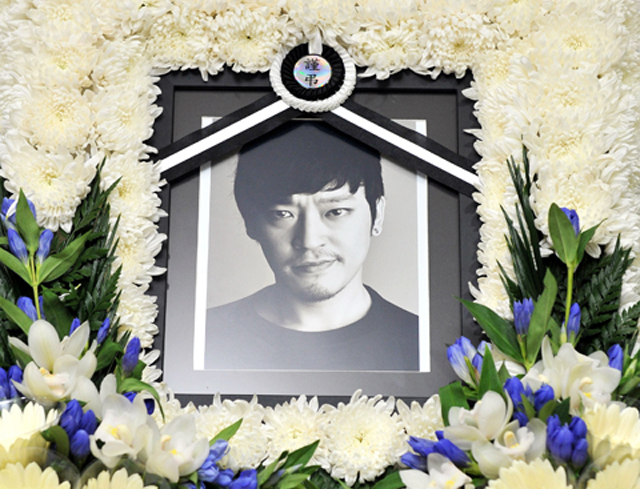 Actor Seung Gyu (Lee Seung Gyu) who recently starred in MBC’s weekend drama “God of War,” was involved in a motorcycle accident and succumbed to his injuries when authorities arrived.

Lee Seung Gyu, aged 30, died on the spot on the night of August 11. That night, the actor was on his way home after watching the Olympic soccer game between Korea and Japan for the bronze medal and cheering for the Korean players who won that night. Unfortunately, while he was driving in Anyang, he turned at a corner and he lost control of his motorcycle resulting in his head hitting a guard rail.

When the authorities reached the location, Seung Gyu had already passed away. The police reported that Seung Gyu was wearing an helmet but he suffered from serious head injuries, proving the impact of the accident.

Fans and the public alike are heartbroken over Seung Gyu’s death.

A representative close to Seung Gyu revealed, “That day Seung Gyu got back home after practicing for a performance. He went out again at dawn after receiving a call from a friend. He didn’t drink at all before the performance, so this is definitely not the cause of the accident.”

The actor played the role of Kim Hong Chui in MBC’s “God of War” and was praised for his unique acting and portrayal of his character. He also starred in historical drama “Lee San” and “Powerful Opponents” in 2007. Seung Gyu’s funeral was held in Seoul’s St Mary’s Hospital Catholic University on August 12. Friends, actors Park Tae Sung and Baek Jong Min are mourning his death.

We would like to send our condolences to Seung Gyu’s family and friends. May he rest in peace.

accident
Seung Gyu
The World They Live In
KPLG
Lee San
God of War
Powerful Opponents
How does this article make you feel?