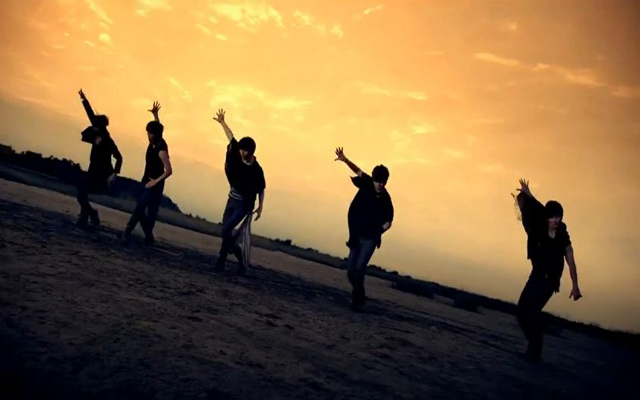 Oricon Chart’s regular ranking artist Cho Shin Sung also known as Supernova, is back after releasing “Stupid Love” last April with a new single album this summer .Cho Shin Sung returns as five members, leader Yoonhak currently in the military with “She’s Gone, “a trendy electro pop number with latin influences. The song translates the feelings of someone who was left by his love.

Shinsadong’s girl group EXID is back with a deeper sound through their first mini-album “Hippity Hop.” EXID returns as a five member group (previously a six member group) with two new members, Solji and Hyerin. LE ,the main rapper, now takes on the role of leader of the group.Their new single “I Feel Good” was composed and written by Rado who produced songs for BEAST, 4Minute, MBLAQ and with the lyricists of Big Bang Taeyang’s “I Need A Girl,” Choi Kab Won and Jeon Koon. “I Feel Good” was also produced by Shinsadong Tiger who defined the song’s message as “Forget everything and have fun.”

Rookie group VIXX is back with their second single album titled “Rock Ur Body,” a title that says it all. It is comprised of two tracks, one being their eponymous title track. “Rock Ur Body” is an electro pop track with addictive beats and infectious chorus, a summer party song.