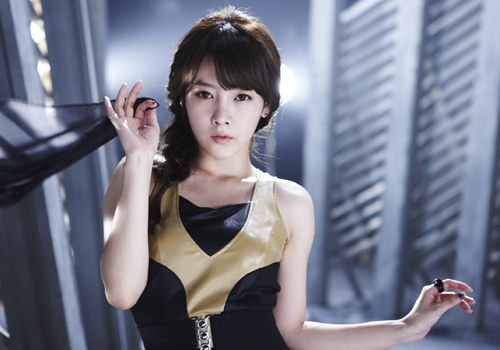 A local media just released photos of T-ara’s Soyeon wearing a neck brace in a hospital bed, showing the severity of the car accident she suffered earlier today.

“Soyeon received emergency treatment at a hospital in Gumi, and now she’s heading back to Seoul. She will be examined more closely at the hospital in Seoul,” Core Contents Media said in a statement.

In the photos released by Star News, Soyeon is lying in a hospital bed, with a neck brace covering nearly half of her face. With her arm on her forehead, Soyeon looks to be in extreme pain.

“Soyeon’s injury doesn’t look as bad on appearance, but since the accident, she’s been in extreme pain and shock. She’s feeling the most pain around her neck, shoulder, and back,” CCM added.

“We cancelled her filming for ‘Haeundae Lovers’ today. Her upcoming schedule too will have to be decided after monitoring her recovery process, but Soyeon is showing tremendous support for the drama,” it added.

Soyeon was involved in a car accident earlier today, hitting the guardrail twice before flipping on its side on the Kyungbu Highway. We hope for her quick recovery!

Soyeon
T-ara
How does this article make you feel?