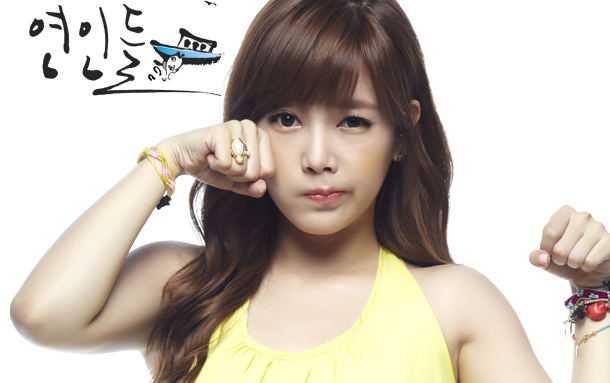 On August 13, T-ara’s Soyeon was involved in a car accident on her way to Busan to film her drama. Immediately following the accident, she and fellow passengers were escorted to a local hospital where they underwent several tests. Core Contents Media revealed that no one sustained any major injuries. Shortly after, local media StarNews reported photos of Soyeon laying in a hospital bed in a neck brace that covered nearly half of her face. She appeared to be in a lot of pain.

However, one netizen claiming to be an employee of the hospital wrote that the cervical collar is questionable. According to Joongang Ilbo, the netizen explained that the cervical collar Soyeon wore is given to patients who are so severely injured that they cannot alter their posture. As a result, being able to move her arms as freely as Soyeon did in the photo should be impossible. Additionally, the netizen argued that it didn’t make sense that Soyeon managed to escape without any major external injuries when the vehicle turned over.

Netizens’ responses included: “If that’s true, I’m shocked and disappointed,” “Suspicious,” “I don’t trust that netizen. How twisted of him to make something this horrible into a lie,” “I don’t know what to believe,” “It’s too horrible to be true, but judging by what the CEO did to Hwayoung, it might be possible,” and more.

Meanwhile, Soyeon has been transferred to a hospital in Seoul.