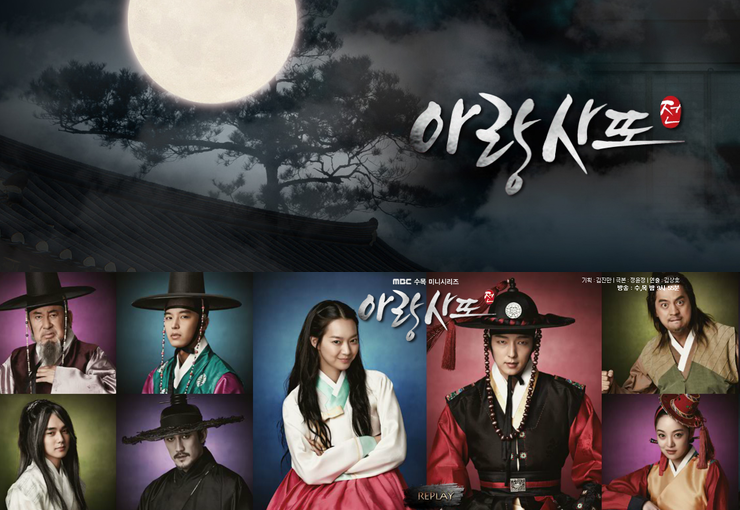 “Arang and the Magistrate” Unveils Two New Posters Ahead of Premiere

With only a day away until its grand premiere, MBC’s “Arang and the Magistrate” unveiled two posters from the upcoming series. The first image is the main poster for the series and features character shots of the two main leads, Shin Min Ah and Lee Jun Ki, surrounded by their supporting cast members.

The second poster is a rather humorous one and shows Arang (Shin Min Ah) hovering above a rather calm a and collected Eun Oh (Lee Jun Ki), while Dol Se (Kwon Oh Joong) and Bang Wool (Hwang Bora) gasp in surprise. The latter two play Arang and Eun Oh’s closest confidants.

Based on a famous folklore, the fantasy drama takes place in the Joseon era. Shin Min Ah plays Arang, the daughter of the magistrate who is brutally murdered. She returns as a ghost with no recollection of her life and how she was murdered and goes around haunting every new magistrate who comes to town…that is until Eun Oh, played by Lee Jun Ki, shows up. The two eventually fall in love.

“Arang and the Magistrate” will premiere on MBC tomorrow, August 15, at 9:55PM KST.

Shin Min Ah
Arang and the Magistrate
KPLG
Lee Joon Ki
How does this article make you feel?