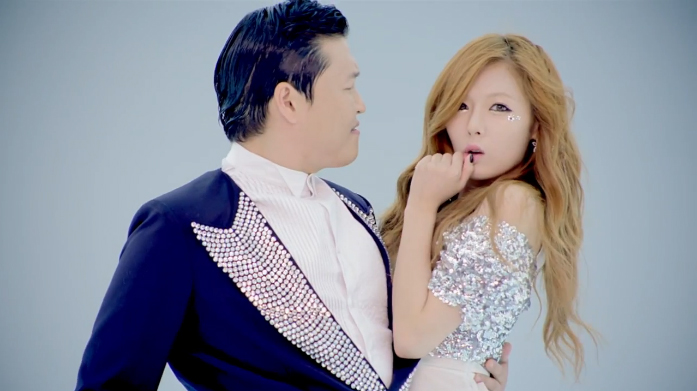 Psy‘s second music video for “Gangnam Style” has been released today! Featuring Hyuna, this girl version of the song is “Oppa is Just My Style.”

While the first music video became a world-wide sensation with its wackiness, this new one seems to be a more traditional music video. Hyuna sings new lyrics over the original track, but is joined by Psy during the chorus. Both music videos were filmed around the same time.

The original music video was released a month ago on July 14 and is now nearing 30 million views.

What do you think of the Hyuna version music video?

HyunA
PSY
KPLG
Gangnam Style
How does this article make you feel?