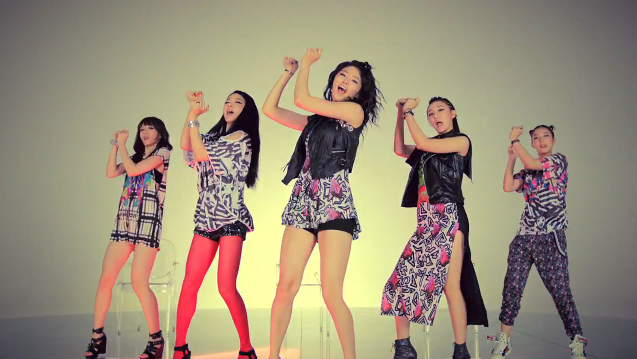 Following their debut earlier this year in February, rookie girl group EXID makes their comeback with their music video “I Feel Good” from their new mini album “Hippity Hop.”

Originally debuting as a six member group with the song “Whoz That Girl,” Yuzi, Dami and Haeryung left the group in April. New members Solji and Hyerin joined LE, Ha Ni and Jeong Hwa, making them now a five member group. Both new members are vocalists for the while LE, the lead rapper, now becomes the leader.

“I Feel Good” was composed and written by Rado who produced songs for BEAST, 4Minute, MBLAQ. The lyricists of Taeyang’s “I Need A Girl,” Choi Kab Won and Jeon Koon, also participated in the making of the song. “I Feel Good” was also produced by Shinsadong Tiger who defined the song’s message as “Forget everything and have fun.”