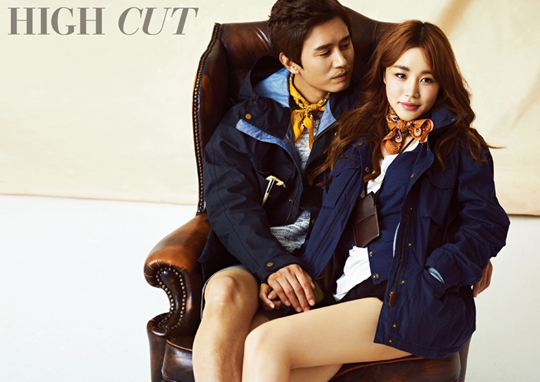 The “High Cut” fashion spread shows the on-screen couple looking longingly into each other’s eyes–looking like they are the only two people left on the planet.

After the photo shoot, Kim Min Jong shared his thoughts about his single life, marriage and his hit role. “Because we play [single] best friends that have been together for twenty to thirty years, I sometimes forget that [my co-stars] are married and have children.”

The actor continued to comment that when he sees his co-stars taking care of his family, he is reminded that they are family men.

Actress Yoon Ji Ni expressed her happiness as to how the series wrapped up and how her character, Mae Ah Ri got the happy ending that she always dreamed of.

Catch the photo spread in the August 16 issue of “High Cut.”

A Gentleman's Dignity
Kim Jong Min
Yoon Ji Ni
How does this article make you feel?