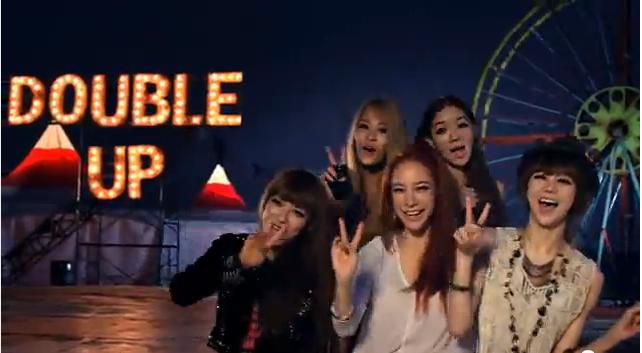 J.Tune Camp has finally revealed their new girl group, Two X! The group will be the sister group to J.Tune’s male group, MBLAQ.

To mark the group’s debut, Two X released the music video for their single, “Double Up,” on the same day of their debut performance.

Two X stands for “Top-Win-One and X” which reflects the girls’ goal to become number one. The members include leader Jiyu, Minjoo, Eun, Soorin and rapper Eunyoung. Jiyu has has been featured on the track, “You,” one of Rain’s songs in his fifth album, “Rainism.”

Two X will make their official debut on August 20. Their single is also scheduled to drop on the same day. Meanwhile, the girls have already made their debut performance on “Mnet’s M!Countdown” last August 16.

What do you think of Two X? Watch the music video here and stay tuned to Soompi for more updates!