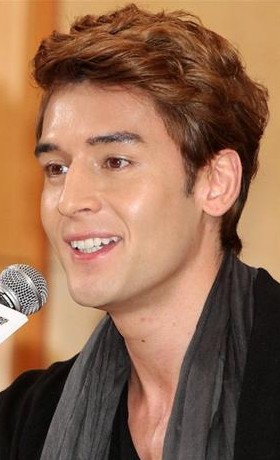 Actor Julien Kang recently tweeted a picture of himself with SHINee’s Minho. The picture was taken on location of their new SBS drama, “To the Beautiful You.”

The actor tweeted the picture with the short caption, “Filming with Minho.” The uploaded picture shows the two looking sleek and dapper, standing behind a school backdrop, with Min Ho wearing a school uniform.

In the drama, Julien Kang stars as “Daniel,” who is the step brother to the main character, “Goo Jae Hee,” played by f(x)’s Sulli.

In other news, Julien Kang will be partnered up with actress Yoon Sae Ah for the semi reality TV series, “We Got Married.”

Julien Kang
Minho
To the Beautiful You
How does this article make you feel?