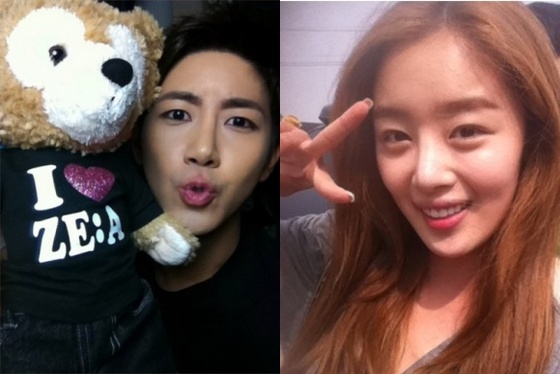 According to multiple sources, both Kwanghee and Han Sun Hwa confirmed their casting to the show recently. With the addition of the two idol stars, WGM has found their latest idol star couple, following the Nichkhun-Victoria and Yonghwa-Seohyun couples from the past.

“Kwanghee and Han Sun Hwa held meetings with the WGM staff recently and have agreed to join the show. One of them has already started filming the first episode,” an official was quoted as saying by Star News.

Currently, WGM has three couples, including Leetuek-Kang Sora, Lee Jang Woo-Eunjung, and Julian Kang-Yoon Se Ah. But with Leeteuk’s expected enlistment later this year, the show is in need of a new couple as soon as possible. MBLAQ’s Lee Joon has also been rumored to join the show recently.

Han Sun Hwa
Kwanghee
We Got Married
ZE:A
KPLG
How does this article make you feel?