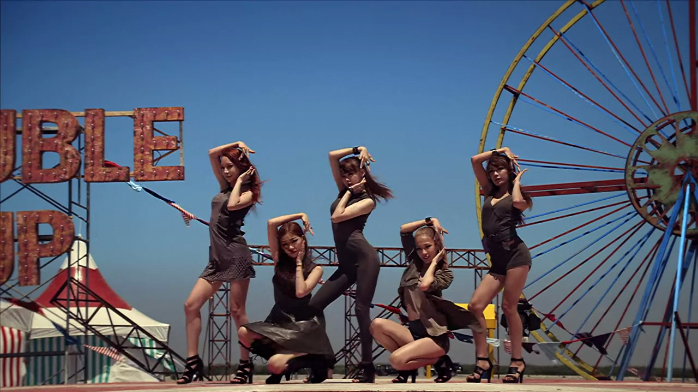 Rookie girl group Two X made their debut performance today on Music Core with their song “Double Up.” Their music video for the song was just revealed a few days ago.

Managed by J.Tune Camp,they are the sister group to MBLAQ.

Two X stands for “Top-Win-One and X” which reflects the girls’ goal to become number one. The members include leader Jiyu, Minjoo, Eun, Soorin and rapper Eunyoung. Jiyu was previously featured on the track, “You,” one of Rain’s songs in his fifth album, “Rainism.

Music Core
Two X
J.Tune Camp
How does this article make you feel?