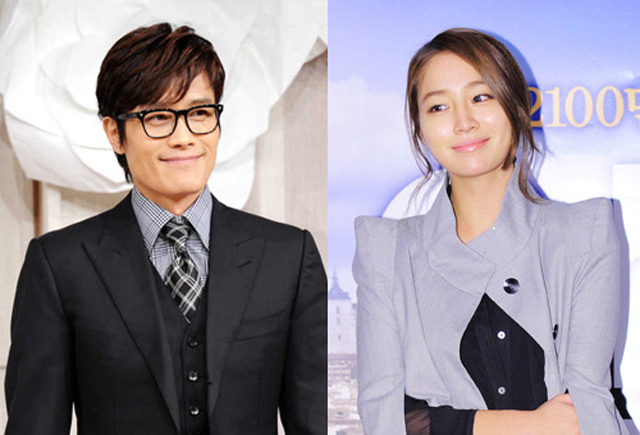 A few months ago, rumors of the two dating surfaced but Lee Min Jung had denied their involvment in a romantic relationship.But with rumors of their marriage spreading, the two came forward to tell the good news to the world.

On August 19, Lee Byung posted a sweet message on his official website that said, “There is a person in my life. She is now the most precious person in my life. I met Min Jung for the first time several years ago through an acquaintance at a gathering. Earlier this year, we met by chance and that’s from then that we started dating and developed feelings for each other. We wanted to tell our fans the good news so we both took the decision to post a message on our official website. We wanted to take the time to know each other and that is why we hesitated before, we also didn’t hope for confusion to ensue. But at the same time we thought it regrettable not to share the news with our fans as we wanted to celebrate with fans, and be happy together and receive your congratulatory messages. I hope for you to watch over us both. Thank you.”

She continued, “When the rumors surfaced I chose to deny it because I wasn’t ready to disclose it to the public and to the fans and more importantly my agency and family didn’t know about it so I had to be careful and consider all possibilities first. As time went by things changed. I felt more confident and trusted my judgement so I decided to honestly tell everyone the good news after discussing it with other seniors.”

In regards to the recent rumors of a November marriage, Lee Min Jung stated, ” The rumors about the November planned wedding are unfounded. And naturally, it is not true that I went to a hanbok fitting session. We aren’t ready for that step yet and nothing of the kind has been planned as of now.”

Lee Min Jung also revealed, “Even though we are still being careful and taking things slowly, if there is good news to be shared in the future, we will tell you first. I did a lot of thinking and worried a lot as a woman, an actress and a daughter before mustering the courage to speak up. I hope to be even more happy with your love and support. Thank you.”

We wish the couple lots of happiness!