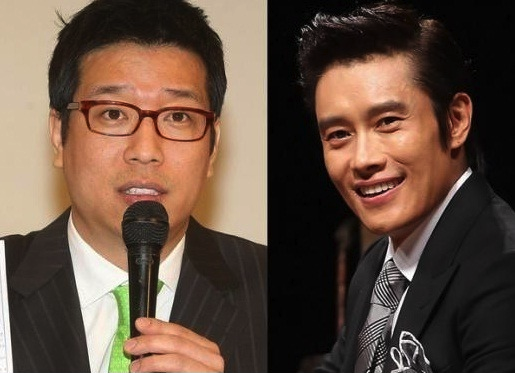 Adding onto the years of their fuel, Lee Byung Hun has decided to file a defamation lawsuit once again against Kang Byung Kyu, ex-sports star and TV personality, for posting a slanderous tweet.

Lee Byung Hun’s lawyers stated, “We are suing Kang Byung Kyu for going against the ‘Act on Promotion of Information and Communications Network Utilization and Data Protection’ (defamation).”

They continued, “Despite the fact that Kang Byung Kyu is in trial as a defendant in ongoing cases, he is continuing to post false information on his Twitter. This is not something he should do as a defendant.”

Finally, they said, “When Lee Byung Hun and Lee Min Jung‘s relationship was confirmed yesterday, Kang Byung Kyu posted on his Twitter and called Lee Byung Hun ‘Pervert Lee’ and also posted false and slanderous information such as ‘You will hear news on pregnancy soon.’ This is not the only case where Kang Byung Kyu has posted things about Lee Byung Hun in this matter. However, Lee Byung Hun said that this time, he could not take this kind of abuse and has taken legal action.”

The tweets read from top to bottom:

“Twitter friends, please stop begging me to tell you stories about Pervert Lee. I’m in a lot of psychological pain because of my phone. Pervert Lee clearly said that he wasn’t dating her. But now, he wrote a heartfelt letter? You’ll probably hear news of pregnancy soon.”

“How many ‘precious persons’ and ‘precious memories’ does this bastard exactly have? Exactly who are you with and what do you want to do with them? Who exactly is that b-tch? Kekeke.”

“A movie about Pervert Lee’s scandals would be a lot of fun… There is clearly a lot of interest in this matter.”

“A central point of the Pervert Lee case revolves around the son of a sunbae actor from Yang Pyeong. They are in-laws.”