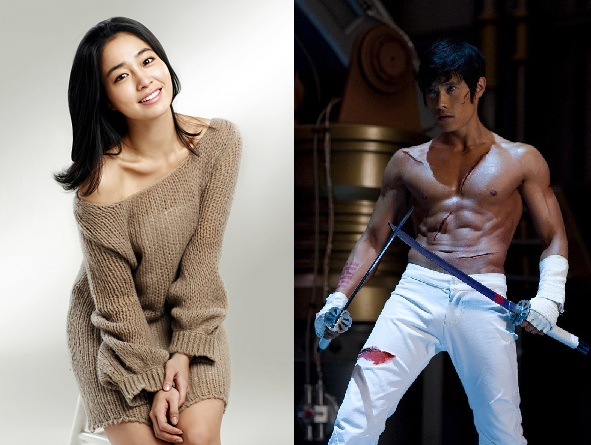 The biggest news in K-Pop this week was Lee Byung Hun and Lee Min Jung publicly confirming their relationship. The two have been rumored to be dating for months now, and we’re glad that they finally confirmed their relationship status!

Now we’re starting to hear wedding rumors of the two star celebrities, and we are more than excited to see Lee Byung Hun finally start to settle down. In fact, the 42-year old actor stands head and shoulders above the rest when it comes to being romantically linked to other female celebrities.

Here’s a list of some of the top female stars he’s dated or rumored to have dated in the past. Which (alleged) girlfriend of Lee Byung Hun did you like the most?

After co-starring in the 2003 megahit drama, “All In,” Lee Byung Hun and Song Hye Kyo developed into a real-life couple. They publicly acknowledged their relationship and were also rumored to be getting married soon. But after a little over a year, they called it quits and parted ways due to their busy schedules.

In the drama “Iris,” Lee Byung Hun and Kim Tae Hee showed great chemistry and netizens suspected their on-screen relationship had developed into real-life romance. The rumors were never addressed, but they sure would have made a great couple!

In 2008, the infamous “Korean Stock Market Gossip Reports” said Lee Byung Hun once privately gave a 90 out of 100 to Yoon Eun Hye. It sparked countless rumors of the two secretly dating, but again, those rumors were never really addressed.

Just last year, top actress/model Kim Min Hee found herself involved in a dating rumor with Lee Byung Hun. They are both under the management of BH Entertainment, and they were rumored to have developed into more than just a simple oppa-hoobae relationship. But BH Entertainment publicly denied the rumors and it didn’t become a serious issue.

While filming their 2012 movie “King of Chosun,” Lee Byung Hun and his co-star Han Hyo Joo were closely linked and rumors of them dating surfaced online. They no longer have to address the issue since Lee Byung Hun has found his love in Lee Min Jung now!

Amy once showed up at Lee Byung Hun’s movie premiere and explained the only reason she came was because of “Lee Byung Hun oppa.” It prompted rumors of them seriously dating, as Amy added Lee Byung Hun gave her “mental support.” But those rumors were again just rumors.