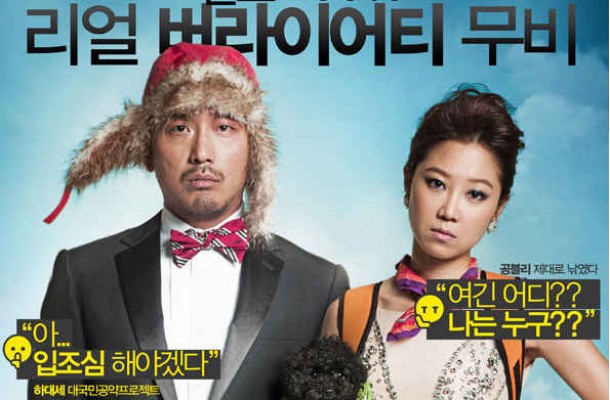 On August 20, Gong Hyo Jin participated in the media day of upcoming film “577 Project” with her co-stars. Many journalists and film industry officials joined the cast and crew members of “577 Project” at a pub for this event after the official press conference.

Gong Hyo Jin stated, “I forgot to say something that I’ve been meaning to say at the press conference earlier. I wanted to tell everyone that if I date Ha Jeong Woo, I will retire.” Previously at the press conference, Gong Hyo Jin responded to recent rumors questioning the nature of relationship between her and co-star Ha Jeong Woo, “I let the rumors be since it’s not true. However, I dated Ryu Seung Bum for 10 years. Rumors like this one is just too harsh on us. Currently, both of us are perfectly single. I hope people don’t make premature judgements and assumptions about us.

She added, “This is not Hollywood or something like that. We have our own version of business ethics. What good reasons do I have to date Ha Jeong Woo when I know he is filming a movie with Ryu Seung Bum right now? Ha Jeong Woo is like an older cousin to me. It just cannot happen between me and him.”

Previously on August 15, Gong Hyo Jin announced her breakup with long term boyfriend Ryu Seung Bum through press release. The press release explains that the celebrity couple broke up back in April. Soon after the news, rumors about Ha Jeong Woo and Gong Hyo Jin dating surfaced online and offline. Gong Hyo Jin adamantly denied such rumors at the press conference and media day of “577 Project.”

Ha Jeong Woo also denied alleged dating rumors. He showed Kakao Talk conversations between Gong Hyo Jin and himself. He complained, “We give relationship advices to each other. We’re such good friends. I don’t even understand how the rumor began.” Gong Hyo Jin jokingly added, “Ha Jeong Woo likes women way too much. He’s just not my style.”

Meanwhile, upcoming film “577 Project” follows Ha Jeong Woo’s journey of walking across Korea with 17 other friends, including Gong Hyo Jin. The project began from Ha Jeong Woo’s comment at 2011 Baeksang Arts Awards, “If I win Best Actor award, I will travel across Korea on foot.” Approximately two seconds later, he was announced as the winner of best actor award. “577 Project” is coming to theaters on August 30.